Devotion, Love and Passion for games!


My blog today will be about making games on a personal level and a bit about Hero Siege's progress too.

In the last couple of weeks i have realized some things about myself which i probably didnt have a clue about before. I recently watched "Indie Game The Movie". This movie pretty much changed something inside my brain. The whole movie it was like watching into a mirror, i saw myself in all of those guys.

I never had an idea of how to describe the way I work, but now I have the words for it. I am an indie developer, I will always be. Making games is about expressing myself, my game projects are very personal. For me its not about making money or getting fame. For me making games is art, its the process of making something out of my head into reality.

This week something was released inside me. I feel like what im doing now is the only single thing i want to do in this lifetime. There is nothing else that would make me feel so connected with what i love to do. There is no way im ever going to work a regular job in my life. I'd rather just go live under a bridge and be a bumm if I couldnt make games for a living :)

Yesterday I worked for 16 hours. I optimized lots of stuff and also implemented some features like picking up items etc. I animated the classes for item pickup and made so many sprites including a portal which takes you to the next area. 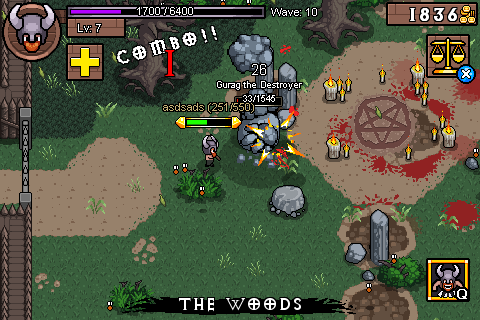 So what i decided to do with the game was to make the player advance into new areas in the game. Every "arena" lasts for 10 waves. After you kill the boss, it will drop you an item and create a portal on top of the pentagram. Hop into the portal and advance in the next area! I've designed a few "Acts" which consist of 5 arenas with their own theme and look. 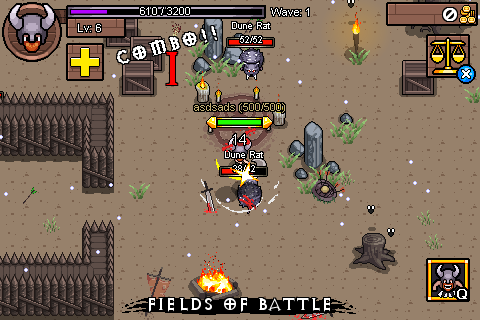 What I did, I added "Labels" for the arenas which tells the name of the current arena. I also optimized the "Odin's Wrath" ability which pushes all enemies back and kills them. Its like a barbarian taunt from Diablo 2! :)

Anyway there is still alot to do! I will write again soon!